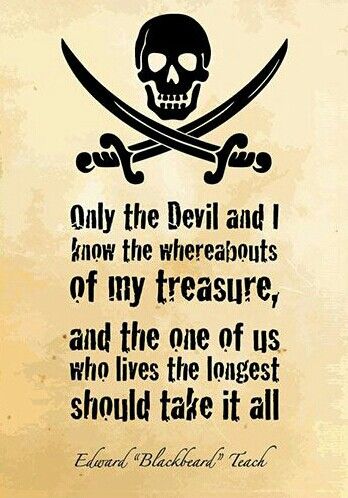 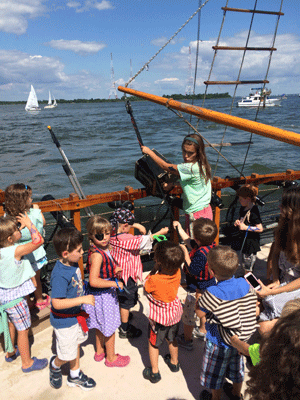 At Pirate Adventures we specialize in capturing the imagination of kids and helping them make-believe they are pirates in search of sunken treasure on the high seas.  We reference some of the famous pirates but the Pirate Adventure does not delve into much history.  Much of what we know about pirates are based on pirate stories and legends passed down through generations.  When it comes to pirates, facts are hard to come by and mystery surrounds most of the men and women we consider famous pirates today.  That is probably why it is so easy to capture the imagination of our young mates with tales of water cannon battles and treasure maps at sea.

This month marks the first in a series of monthly posts on our blog dedicated to telling the pirate stories that captured the imagination of the public and made a company like Pirate Adventures a reality today.  If your kids are interested in pirates this is a great place to start, learn about some of the most famous pirates and join us for a Pirate Adventure to test out life at sea.

With little pirate’s everywhere picking their costumes for Halloween, October makes a great month to profile Blackbeard.  Pirate stories of Blackbeard are most often told around Halloween and Blackbeard is the image that most people call to mind when picturing the classic pirate look.  The bold black hat and boots, red sash and long dark hair and beard.  The most requested face paint option at Pirate Adventures is a black beard and mustache.  We offer a Blackbeard where can i buy valtrex uk birthday package and we often wonder what Blackbeard himself would have thought of the use of his name to describe something like a birthday package or an all you can eat seafood restaurant in modern times.  He probably would have loved it – Blackbeard was a master of creating his own brand, one of the first to do so.  Blackbeard relied on his terrible reputation to overtake merchant ships who many times surrendered just at the site of his flag.   A fierce-looking figure, legend has it that he had burning embers and ribbons tied into his beard to intimidate his prey.

Blackbeard spent a lot of his time off the coast of North Carolina on the Outer Banks where he knew the waters well and was able to prey on passing ships stranded on shifting sand bars.  Blackbeard was eventually killed in a legendary battle off of Ocracoke Island after a rowdy pirate gathering on the beaches of Ocracoke.  The legend of Blackbeard is celebrated in Ocracoke every fall with a Pirate Jamboree.

In researching this post we used a variety of sources to fact check the details of the life of Blackbeard.  National Geographic’s website  is a perfect place to start when exploring pirate stories with your kids.  The Teach’s Hole Blackbeard Exhibit and Pirate Specialty Shop in Ocracoke, NC.  If you get a chance to visit Ocracoke this is a fun place to take the kids and their website has a good account of what we know about Blackbeard’s life.  The Smithsonian Magazine published an article The Last Days of Blackbeard.  The article is written in story form and is a good read for kids. 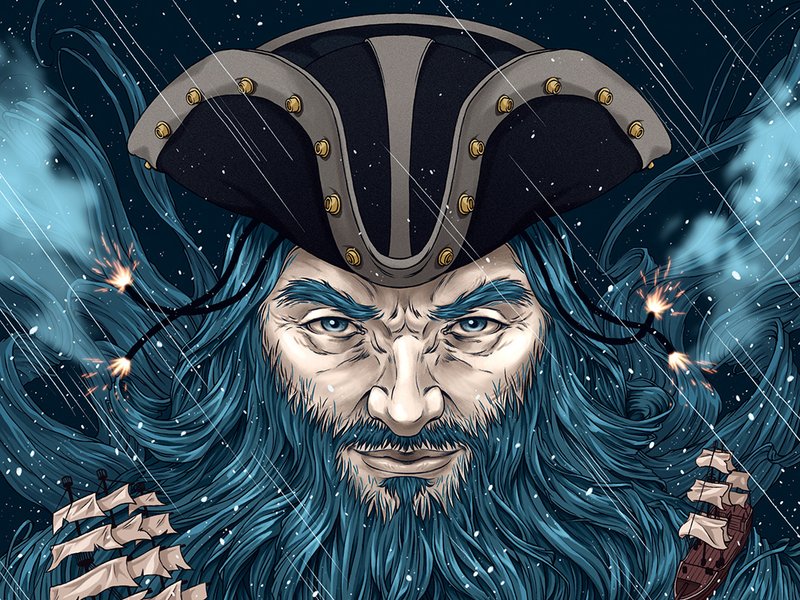 Check out your local library for what we have found to be the best children’s book on the subject – Blackbeard: The Pirate King by J. Patrick Lewis.  Check out our Blackbeard Pinterest Board, we’re always adding to it.  When you are ready immerse yourself in the pirate life (without the actual sword fighting and mayhem) make your reservation for a Pirate Adventure and tell us what you have learned about the most famous pirate of all time, Blackbeard!