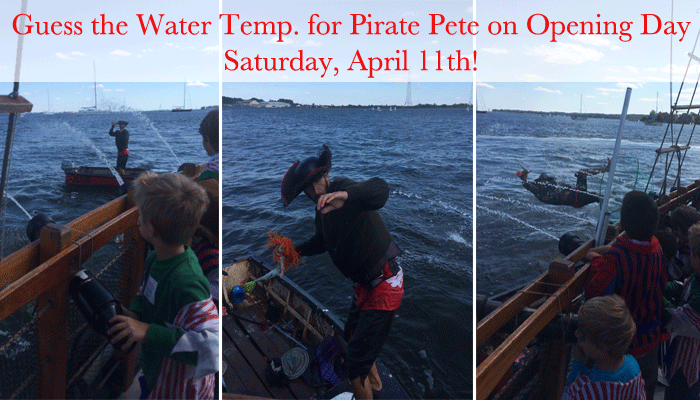 The photo below was taken at the Naval Academy on March 11th, exactly one month before Pirate Adventures is set to open for the season. 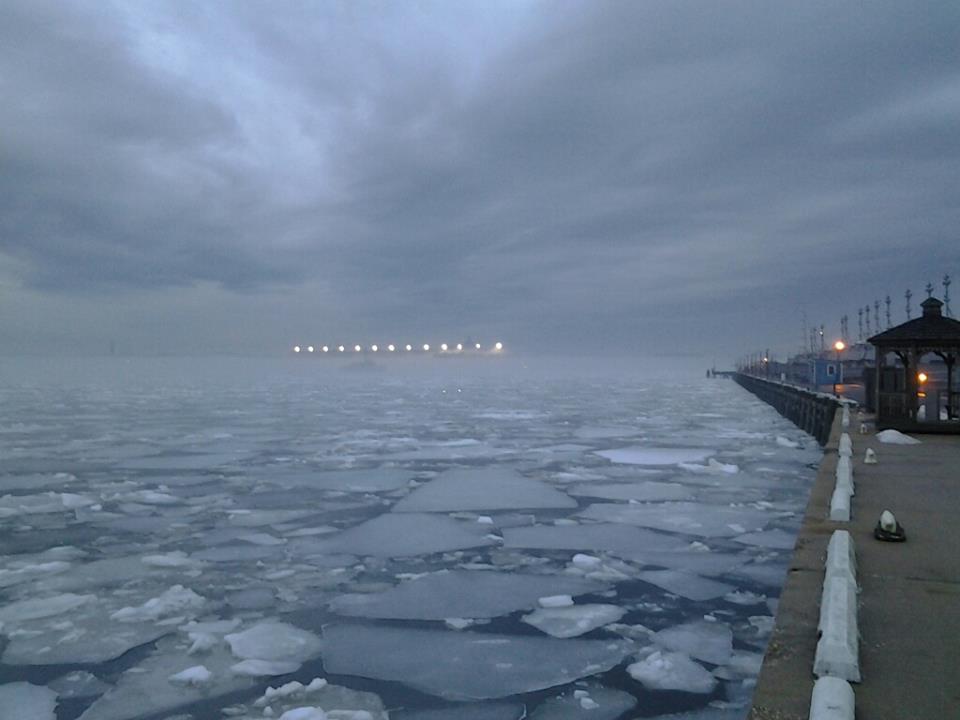 Spring ice flow on the Severn River in mid-March.

Ice in the Severn River leads us to believe that Pirate Pete will have the COLDEST opening day he has ever had.  A new drysuit is on order as our pirate crew takes bets on who will be wearing it on April 11th.  The crew decided long ago that Pirate Pete just falling into the boat instead of the water is too lame for words so he will go in for sure.  The question we all have on our minds is how cold will the water be on opening day?  What a great idea for a contest!  If you guess the correctly what the water temperature will be from the Scallywag (Pirate Pete’s trusty vessel) in the Annapolis Harbor at noon on Saturday, April 11th you will win four tickets to a Pirate Adventure.  Win a bonus $20 to be spent in the gift shop if you guess correctly whether Pirate Pete will be wearing a dry suit or if he will take the spill in only his raggedy pirate clothes. 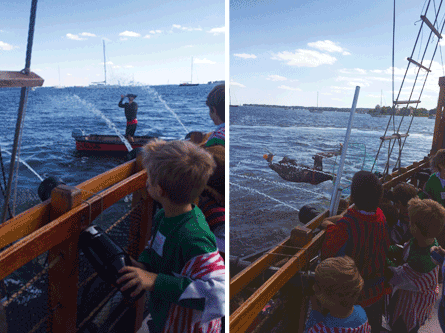 How to Enter our Spring Contest

Enter here to win four tickets to Pirate Adventures on the Chesapeake.  Register your name and email in the box below and submit by hitting the green “Enter to Win Button”  Once you have registered for the contest, leave a comment in the black box at the end of the post.  Tell us what you think the water temperature will be from Pirate Pete’s boat in the Annapolis Harbor at the 12 noon on Saturday, April 11th.  The winner will be notified by 2pm on Saturday, April 11th, 2015.  You must register for the contest by entering your name and email AND leave a comment below to qualify for the contest.   All entries must be received by midnight on Friday, April 12th.

Register Here for the Contest

Tell us what you think the water temperature will be from the Scallywag on Saturday, April 11th at the crack of noon.

Hope to see you on the high seas on opening day!